Before there were guidebooks, we relied on guides—people in the community you could count on to show you around. In this edit-a-thon, we asked participants to be the guide, to improve Wikipedia by editing entries about Nashville sites, services and people’s movements towards social justice. The series culminated in a book discussion with Amie Thurber and Learotha Williams Jr., editors of I’ll Take You There, an account of more than 100 places important to Nashvillians. 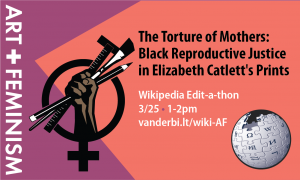 As a sculptor and printmaker, Elizabeth Catlett (1915–2012) believed in the power of art as a vehicle for social change. In this edit-a-thon, History of Art Assistant Professor Rebecca VanDiver traced Catlett’s imagery of Black motherhood from depictions of maternal love in the 1940s to maternal fear in the 1970s, as the threat to Black bodies through police violence and political attacks intensified. 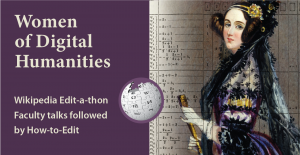 Wikipedia suffers from a well-documented gender bias, but we’re working to correct that imbalance. Prominent women scholars working in the digital humanities like Melissa Terras, Laura Mandel, Johanna Drucker and Roopika Risameither lack articles or have articles in need of more data. Attendees were invited to write these women’s work into Wikipedia.  Lynn Ramey, professor of French and faculty director of the digital humanities center, spoke on women working in the field. Attendees brought their curiosity and desire to improve the encyclopedia, and were taught to edit. 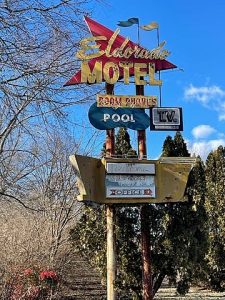 Sign that remains on site of Eldorado Motel, one of the few places that African Americans could stay in Nashville during racial segregation. The motel was demolished in 2012. (Vhotchki/Wikimedia Commons)