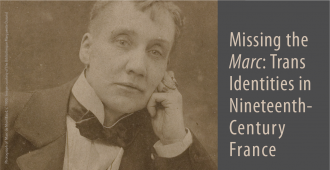 The W.T. Bandy Center partnered with our campus colleagues to offer two webinars in the past year.

This talk explored Montifaud’s efforts to express their gender nonconformity, arguing that the disproportionate response by the forces of authority was a function of the public’s inability to identify the precise nature of Montifaud’s affront. Montifaud refused to concede because they thrived on this perpetual misunderstanding, which allowed them to make visible a state of tension with a world that had not yet imagined them. 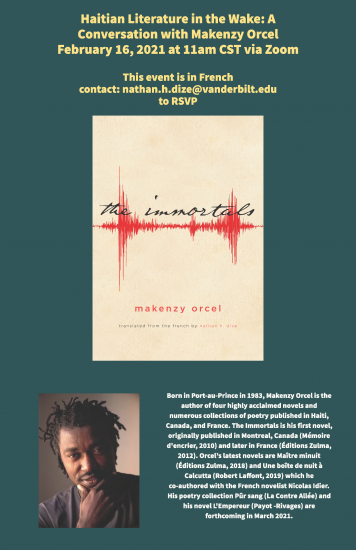 The second webinar explored the book, The Immortals, set in an infamous neighborhood of Port-au-Prince, on Grand-Rue, where many women, young and old, trade in flesh, sex, and desire. We learn, in glimpses and fragments, about the lives of women who fall in love with the moving images of television, the romance of a novel, and the dreams of escape. In his first novel, Makenzy Orcel ultimately asks: What becomes of these women, their lives, their stories, their desires, and their whims when a violent earthquake brings the capital city and its brothels to their knees?

In this conversation between Makenzy Orcel and Nathan H. Dize (French and Italian), participants discussed the genesis of The Immortals, its legacy eleven years after its publication, the themes it discusses and engenders, and the future of Haitian literature.

This event was sponsored by the W.T. Bandy Center for Baudelaire and Modern French Studies and the Department of French and Italian.